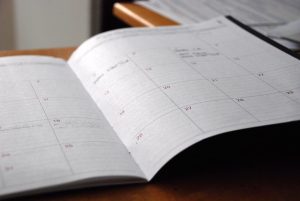 On 21 August, the Federal Court of Australia handed down a landmark decision that deals with the method of accruing and taking paid personal/carer’s leave, for the purposes of the National Employment Standards (NES) under the Fair Work Act 2009 (the Act).

This follows a series of recent legal disputes between employers and unions relating to the meaning of ‘10 working days of personal/carers’ leave’, as stated in s.96(1) of the Act. The Act doesn’t define what constitutes a ‘day’, leaving it open to interpretation.

In the case of Mondelez v AMWU, the Court found that employees, including shift workers and part time employees, are entitled to 10 working days of personal/carer’s leave per year – regardless of the number of days they work per week, or how many hours they work per day. Consequently, it follows that the commonly applied pro-rata approach to accrual does not exist in the NES for personal/carer’s leave.

This decision has wide ranging impacts for employers, the vast majority of which do not currently calculate leave in this manner.

Up to this point, employers have commonly taken the approach that paid leave is accrued at 10 days per year, based on 7.6 ordinary hours – giving 76 hours of paid leave per year. However in this case, the AMWU and two Tasmanian Cadbury shiftworkers successfully argued that because they worked 12-hour shifts (3 per week), they were entitled to 120 hours of personal/carer’s leave per year (being a total of 10 days paid leave per year).

What are the impacts?

Having been determined by the Full Federal Court, the decision is immediately and nationally binding, though it may be appealed in future.

The FairWork Ombudsman states that ‘although the decision may be appealed to the High Court if any special leave application is made and granted, the Full Federal Court’s decision reflects the current state of the law’. The FWO has updated its paid sick and carer’s leave guidance in light of the decision.

This has been echoed by the Minister for Industrial Relations, Christian Porter, who stated “While a review of the judgement and its broader implications is undertaken, employers should review their own payroll systems in light of the decision”.

Although it was not a subject of dispute in this decision, it seems that, in clarifying that the NES entitles employees to 10 days of personal/carer’s leave, the Court has confirmed that part-time employees are also entitled to accrue 10 days per year, as opposed to a pro-rata amount based on a shorter working week.

It is this point that we see as having the biggest impact on our client group. Under the interpretation, personal/carer’s leave accrual increases for some part time employees. For example, a part time employee working one 7.6 hour day per week, under a pro-rata system was entitled to 15.2 hours (2 days) annually of personal/carer’s leave. Under this revised interpretation, they would be entitled to 10 days (76 hrs).

What action is needed?

We are yet to see if this decision will be appealed to the High Court, however as it is now legally binding, organisations are being encouraged to review their arrangements for the accrual, taking, and payment of personal/carer’s leave, to ensure they are consistent with this recent interpretation.

Purpose will be in contact with all clients that we currently support with payroll, to help you ensure that your obligations are met.

For those clients not using our payroll services, we would encourage you to follow the guidance from Government, employer advisory and HR services – namely to ensure that any payroll systems calculating leave entitlements are reviewed as follows: