The thin end of the wedge – grant indexation 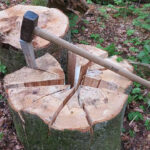 With inflation at the highest level we’ve seen for decades, it is more important than ever for grant-funded organisations to see their funding indexed for CPI. Otherwise, services will need to be cut to operate within that funding parcel.

There is always a range of indexation outcomes across our client orgs, and between different funding programs. The contracts either do, or don’t, attract indexation and for those that do, the % amount decided by each Department also varies considerably.

The timing and communication of indexation from funding bodies is very mixed. Some orgs get clear guidance early in the financial year, for many it is provided around October, and for others it can be even later in the year. From a budgeting perspective, the late receipts can be tricky to manage. So, if you can get clarity on this as early as possible that will be most effective.

In the low inflation environment that we’ve been in, accepting contracts without indexation may have been manageable (whilst not ideal). However, with costs rising quickly now, we encourage you to consider whether a request for indexation can be made to these funders. Employment costs have increased, on average, around 12.5% for SCHADS employees since July 2020 (Award plus super increases), so if your org has been stuck on a funding contract for a few years without indexation then that is the squeeze you are facing.

The best indexation announcement we have seen to date – the leader of the pack if you like – is the NSW Department of Communities and Justice. For its major funding streams, DCJ announced just prior to the new financial year that grants would receive 5.5% indexation. Both the % figure and the early guidance was well received. Here’s hoping that other funders deliver something similar, and that it’s a sustained approach for the sector going forward.